Grand Prix Circuits: History and Course Map for Every Formula One Circuit (Hardcover) 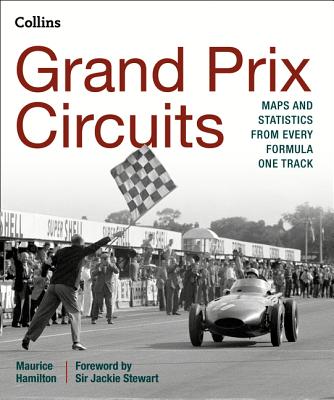 By Maurice Hamilton
Email or call for price.
Out of Print

This book charts the course of every Formula One Grand Prix circuit, providing a map of each, with images, commentary, and key statistics

Formula One Grand Prix racing is the ultimate motor racing challenge and has been a global competition since 1950. It attracts the best drivers in the world and is raced on some of the toughest courses. 70 circuits have held Formula One races, with seven to 20 circuits used each season. Former courses, along with historical photographs, are shown, including Dallas, Le Mans (France), Mosport Park (Canada), and Kyalami (South Africa). Today’s state-of-the-art courses are included, such as Hockenheim (Germany), Interlagos (Brazil), Monza (Italy), Silverstone (U.K.), and Yas Marina (Abu Dhabi). Each course map is accompanied by statistics for every circuit, including total length, dates it has held Grand Prix, lap records and lengths, and a list of winners.

Maurice Hamilton is an author and Formula One journalist. He is an award-winning writer for the Guardian, the Independent, and Observer, the Grand Prix editor for Racer magazine, and is an editor of the Autocourse Grand Prix annual.