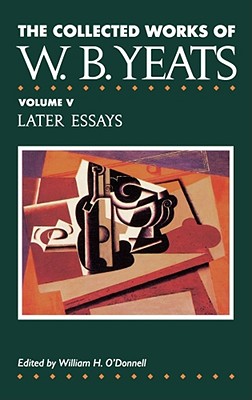 This is book number 5 in the Collected Works of W. B. Yeats series.

Compiling nineteen essays and introductions, a volume with explanatory notes includes Per Amica Silentia Lunae and On the Boiler as well as introductions on Shelley and Balzac and essays on Irish poetry and politics.
William Butler Yeats is generally considered to be Ireland’s greatest poet, living or dead, and one of the most important literary figures of the twentieth century. He was awarded the Nobel Prize in Literature in 1923.