The Mutt: How to Skateboard and Not Kill Yourself (Hardcover) 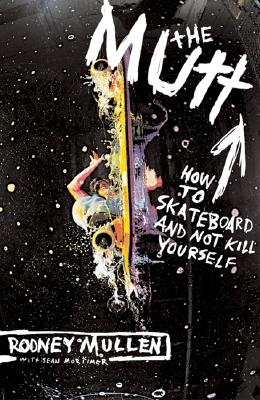 By Rodney Mullen, Sean Mortimer
Email or call for price.
Hard to Find

At age six, Rodney Mullen was the family misfit who had to wear braces to straighten out his pigeon-toed feet. But by age fourteen, he was a world-champion skateboarder -- and for the next decade lost only one contest. Now, for the first time, Rodney tells the incredible story of his ascent to fame as the number one nerd in a sport where anarchy is often encouraged.

Rodney learned to skate by himself on the family farm, his only company the wandering cows. As a teenager he traveled the world for demonstrations, invented the flatground ollie -- a trick that laid the foundation for modern street skating -- and in ten years garnered thirty-five world skating titles. While acing skateboard contests Rodney also earned straight A's in school, but his father forced him to abandon his fame and the fortune he could make from the sport he loved. Rodney was unable to stop for very long though, even after freestyle skating went out of fashion and the skateboarding world abandoned him. He adapted to street skating and eventually became one of the most innovative and influential skaters of all time.

It's all here: everything from his eating and sleeping disorders to his comical experiences with loan sharks, occult-obsessed relatives, and the FBI. The Mutt is a look at Rodney's strange journey from penniless skateboarder to millionaire.

Rodney Mullen is a former freestyle world champion with the best contest record in professional skating. He’s credited with laying the foundation for street skating and was voted the 2002 Skater of the Year. And he hates horses. He lives in Los Angeles, California, with his wife.

Sean Mortimer was the editor of Skate -- boarder magazine and coauthored Hawk: Occupation: Skateboarder with Tony Hawk. He lives in Oceanside, California, with his wife and son.