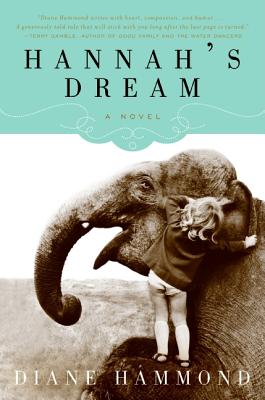 An elephant never forgets . . . but can she dream?

For forty-one years, Samson Brown has been caring for Hannah, the lone elephant at the down-at-the-heels Max L. Biedelman Zoo. Having vowed not to retire until an equally loving and devoted caretaker is found to replace him, Sam rejoices when smart, compassionate Neva Wilson is hired as the new elephant keeper. But Neva quickly discovers what Sam already knows: that despite their loving care, Hannah is isolated from other elephants and her feet are nearly ruined from standing on hard concrete all day. Using her contacts in the zookeeping world, Neva and Sam hatch a plan to send Hannah to an elephant sanctuary—just as the zoo's angry, unhappy director launches an aggressive revitalization campaign that spotlights Hannah as the star attraction, inextricably tying Hannah's future to the fate of the Max L. Biedelman Zoo.

A charming, poignant, and captivating novel certain to enthrall readers of Water for Elephants, Diane Hammond's Hannah's Dream is a beautifully told tale rich in heart, humor, and intelligence.

Diane Hammond is the author of the critically acclaimed novels Seeing Stars, Hannah's Dream, Going to Bend, and Homesick Creek. She served as a spokesperson for the Free Willy Keiko Foundation and the Oregon Coast Aquarium and currently lives in St. Paul, Minnesota, with her husband and their three Pembroke Welsh corgis.

“A pleasure to read. HANNAH’S DREAM is gently unpredictable. It’s full of suspense – but not unbearable suspense. There’s a missing document, a devoted pig, and a villain with a pith helmet and a riding crop. Most of all, there’s an elephant and the people who really love her.” — Susan McCarthy, author of Becoming a Tiger and co-author of When Elephants Weep