Comfort to the Enemy and Other Carl Webster Stories (Paperback) 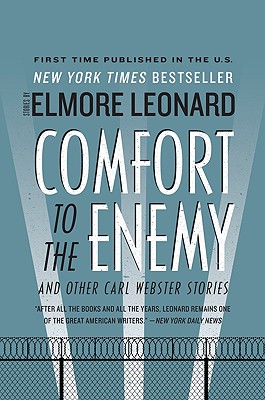 Comfort to the Enemy and Other Carl Webster Stories (Paperback)

“An excellent read….Concrete evidence of a master crime writer still at the top of his game.”
—Russel D. McLean, author of The Good Son

“The reigning King Daddy of crime writers” (Seattle Times), Elmore Leonard first introduced quick-triggered legendary lawman Carl Webster  in the New York Times bestseller, The Hot Kid, and brought him back for an encore Up in Honey’s Room. In Comfort to the Enemy and Other Carl Webster Stories, the loose cannon U.S. marshal struts his stuff once more in three electrifying new tales. Comfort to the Enemy is more indisputable proof that Elmore Leonard is indeed, as Dennis Lehane (Mystic River, Shutter Island) puts it, “The greatest crime writer who ever lived.”