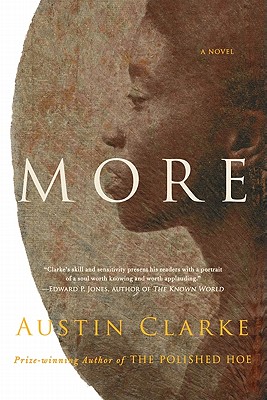 From Austin Clarke, the critically acclaimed author of The Polished Hoe—winner of the Giller Prize—comes More, a powerful new novel of survival in a cold and alienating world. Certain to become a classic in contemporary  world literature, More carries readers into the  lonely life of an immigrant domestic—abandoned years before by a faithless husband, her life devastated by her son’s involvement in gang culture and crime—and her remarkable journey from tragedy back to the light. An unforgettable portrait of the black immigrant experience, it is a novel to be read and remembered.

Austin Clarke is a professor of literature and has taught at Yale, Brandeis, Williams, Duke, and the Universities of Texas and Indiana. He assisted in setting up a Black Studies program at Yale in 1968, after which he became the cultural attaché of the Embassy of Barbados in Washington, D.C. Culminating with the international success of The Polished Hoe, which won the Giller Prize, the Commonwealth Writers' Prize, and the Trillium Prize, Austin Clarke's work since 1964 includes eleven novels, six short-story collections, and four memoirs. He lives in Toronto.

“A beautifully written exploration of cultural conflicts and one woman’s struggle to find a place for herself emotionally.” — Booklist

“Clarke stays true to his politically charged style . . . An introspective examination of the cultural racism and the life of minorities, [a] detailed . . . narrative.” — Publishers Weekly

“[Clarke] can be expected to bring the reader into the mind of the protagonist, and he doesn’t disappoint with his new novel. . . . This affecting novel will shatter American misconceptions about Canadian race relations. A good option for serious readers.” — Library Journal

“A forceful book . . . at the height of his literary power, Clarke boldly challenges” — Globe and Mail (Toronto)