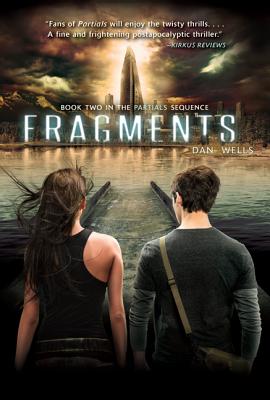 This is book number 2 in the Partials Sequence series.

Author Dan Wells is back with the sequel to the sci-fi blockbuster Partials, which Pittacus Lore called a "thrilling sci-fi adrenaline rush, with one of the most compelling and frightening visions of Earth's future I've seen yet."

After discovering the cure for RM, Kira Walker sets off on a terrifying journey into the ruins of postapocalyptic America and the darkest desires of her heart in order to uncover the means—and a reason—for humanity's survival.

A thrilling sci-fi adrenaline rush, with one of the most compelling and frightening visions of Earth’s future I’ve seen yet. I couldn’t put it down. — Pitticus Lore, New York Times bestselling author of I AM NUMBER FOUR, about PARTIALS

Kira is a bold heroine with lofty goals, and readers will willingly follow her to the sequel, where things are sure to tilt again. — ALA Booklist, about PARTIALS

Wells creates a compelling, fantastically complex post-apocalyptic landscape, adding thought-provoking twists to a classic story of humanity creating its own doom...With broad cross-genre appeal and an engaging balance of thematic depth and rip-roaring action, this winner will leave readers clamoring for sequels. — Bulletin of the Center for Children’s Books, about PARTIALS