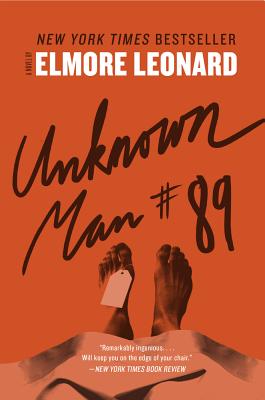 “No one is Leonard’s equal,” declares the Chicago Tribune—and anyone who might doubt it would only have to read Elmore Leonard’s riveting noir classic, Unknown Man #89, to become a true believer.

The twisty tale of a Detroit process server whose search for a missing stockholder leads him into more serious peril than he ever imagined possible, Unknown Man #89 is a gourmet stew of mystery, suspense, and double and triple cross, peppered with the razor sharp dialogue for which Grand Master Leonard is justifiably famous.

Exhilarating old-school crime fiction that the late, great John D. MacDonald, Dashiell Hammett, James M. Cain, and Robert Parker would have been proud to call their own, Unknown Man #89 is a gem—nothing less than we’d expect from the man who created the incomparable U.S. Marshal Raylan Givens of the hit TV series Justified.

“The greatest crime writer of our time, perhaps ever!” — The New York Times Book Review

“An absolute master.” — The Detroit News