The Switch: A Novel (Paperback) 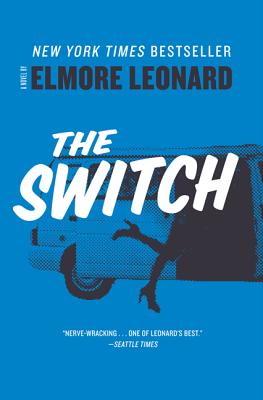 The Switch: A Novel (Paperback)

“My favorite Leonard book….He writes the way Hammett and Chandler might write today, if they sharpened their senses of ironic humor and grew better ears for dialogue.”
—Dallas Morning News

Dangerously eccentric characters, razor-sharp black humor, brilliant dialog, and suspense all rolled into one tight package—that’s The Switch, Elmore Leonard’s classic tale of a kidnapping gone wrong…or terribly right, depending on how you look at it. The Grand Master whom the New York Times Book Review calls, “the greatest crime writer of our time, perhaps ever,” has written a wry and twisting tale that any of the other all-time greats—Dashiell Hammett, Raymond Chandler, John D. MacDonald, James M. Cain, Robert Parker…every noir author who ever walked a detective, cop, or criminal into a shadowy alley—would be thrilled to call their own. Leonard, the man who has given us U.S. Marshal Raylan Givens (currently starring in TV’s Justified) is at his storytelling best, as a spurned wife decides to take a rightful—and profitable—revenge on her deceiving hubby by teaming up with the two thugs he hired to abduct her.

“The greatest crime writer of our time, perhaps ever!”
— The New York Times Book Review

“An absolute master.”
— The Detroit News