The Radio Operator: A Novel (Hardcover) 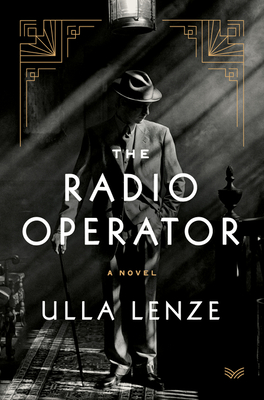 The Radio Operator: A Novel (Hardcover)

Based on a true story, a gripping historical novel about a German immigrant who becomes embroiled in a Nazi spy ring operating in New York City in the early days of World War II.

At the end of the 1930s, Europe is engulfed in war. Though America is far from the fighting, the streets of New York have become a battlefield. Anti-Semitic and racist groups spread hate, while German nationalists celebrate Hitler’s strength and power. Josef Klein, a German immigrant, remains immune to the troubles roiling his adopted city. The multicultural neighborhood of Harlem is his world, a lively place full of sidewalk tables where families enjoy their dinner and friends indulge in games of chess.

Josef’s great passion is the radio. His skill and technical abilities attract the attention of influential men who offer him a job as a shortwave operator. But when Josef begins to understand what they’re doing, it’s too late; he’s already a little cog in the big wheel—part of a Nazi espionage network working in Manhattan. Discovered by American authorities, Josef is detained at Ellis Island, and eventually deported to Germany.

Back in his homeland, fate leads him to his brother Carl's family, soap merchants in Neuss—where he witnesses the seductive power of the Nazis and the war’s terrible consequences—and finally to South America, where Josef hopes to start over again as José. Eventually, Josef realizes that no matter how far he runs or how hard he tries, there is one indelible truth he cannot escape: How long can you hide from your own past, before it catches up with you?

Ulla Lenze was born in Germany in 1973. She studied music and philosophy at the University of Cologne. In 2020, she was awarded the Lower Rhine Literature Prize The Radio Operator. She currently resides in Berlin. The Radio Operator is her first novel available in English.

“It’s uncanny how contemporary The Radio Operator is. . . .It broadcasts signals from the past to the present as if they were in Morse code.” — NEUE ZÜRCHER ZEITUNG

“An incandescent mixture of family history and spy thriller. . . . Ulla Lenze tells the story tightly and incisively, and her sentences radiate with poetry.” — TAGESSPIEGEL

“It reads like a thriller, but it's much more than that: The Radio Operator by Ulla Lenze is a historical novel that speaks of guilt intrigue, [and] of country and identity.” — Blick

"Ulla Lenze does not put her protagonist on trial, instead letting the readers share in his struggle. . . . Haunting." — Die Zeit

“Based on a true story, The Radio Operator is a marvelous period piece from a unique perspective.”  — New York Journal of Books