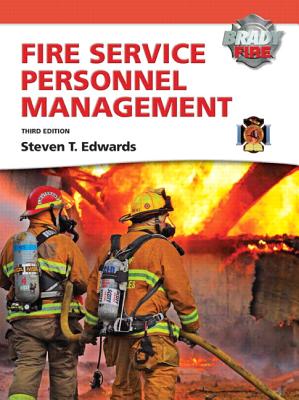 Steven T. Edwards is the director of the Maryland Fire and Rescue Institute of the University of Maryland. The Maryland Fire and Rescue Institute is the state's comprehensive training agency for emergency services, training more than 34,000 students each year. He is a former fire chief of the Prince George's County Fire Department in Maryland, where he served for 25 years in a variety of positions from high school cadet to fire chief. Edwards also serves as chair of the board of directors of the Safety Equipment Institute, chair of the Congressional Fire Service Institute National Advisory Committee, as well as numerous local- and state-level appointments. In 1997, he was elected as the president of the North American Fire Training Directors. Edwards is a graduate of the University of Maryland University College (UMUC) with a bachelor's degree in fire service management and a master's degree in general administration. Both degrees were achieved with summa cum laude honors. He has attended the Harvard University John F Kennedy School of Government "Program for Senior Executives in State and Local Government" and the National Fire Academy, and has presented at national conferences and seminars. Edwards is currently a member of the adjunct faculty at UMUC, teaching its course in fire service personnel management. During his career of more than 35 years in fire service, Edwards received numerous awards and honors, including the Prince George's County Fire Department "Gold Star of Valor" in 1979 for the rescue of two firefighters at a major fire and explosion. During his tenure as fire chief, the department received the IAFC Award for Excellence as well as twenty-eight National Association of Counties Awards for Excellence. While continuing his fire service career at the University of Maryland, the Maryland Fire and Rescue Institute was selected as the Congressional Fire Service Institute National Fire Service Organization of the Year for 1999. In addition, Edwards received the University of Maryland President's Distinguished Service Award in 2003 for exceptional performance, leadership, and service.