I Ching: The Book of Change (Compass) (Paperback) 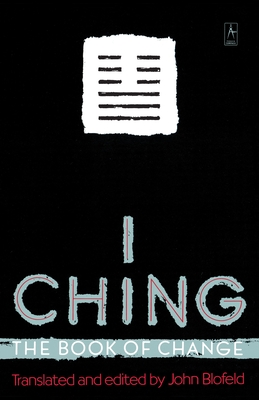 I Ching: The Book of Change (Compass) (Paperback)


Usually ships to store in 2-3 Days
The I Ching, probably the oldest book in existence, provides a system of knowledge that makes it possible to analyze the patterns of changes in life governed by the Immutable Law of Change. Whether we use the I Ching for divination or to study the principles involved with it, if we allow ourselves to be governed by its teachings, we shall enrich the content of our lives, free ourselves from anxiety, and become harmless or even intelligently helpful to others and pleasant companions to ourselves.

This translation of the I Ching has been especially prepared for practical use in divination. It is easier to use than any previous version, and the language is closer to that of the Chinese original.
John Blofeld was a British writer, public speaker, and Buddhist practitioner. After years of traveling through Asia and experiencing the spiritual culture of China and the Taoist eremites, he became a pupil of the Buddhist master Hsu Yun. Books he has written or translated include Beyond the Gods, Secret and Sublime, The Tantric Mysticism of Tibet, and a translation of the I Ching. He died in 1987.