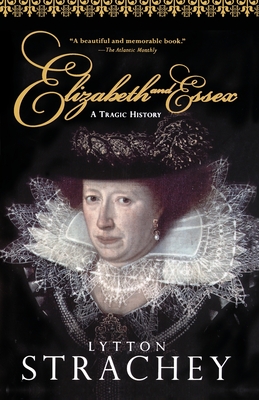 One of the most famous and baffling romances in history-between Elizabeth I, Queen of England and Robert Devereux, Earl of Essex-began in May of 1587, when she was fifty-three and he was just shy of twenty. Their relationship continued until 1601, when the Earl of Essex was beheaded for treason. And, in a succession of brilliant scenes, Strachey portrays the Queen's and the Earl's compelling attraction for on another, their impassioned disagreements, and their mutual contest for power, which led to a final, tragic confrontation. Here we also have superb portraits of influential people of the time: Francis Bacon, Robert Cecil, Walter Raleigh, and other figures of the court who struggled to assert themselves in a kingdom that was primarily defined by her sovereign, and so now seen through history's lens as Elizabethan England.

Lytton Strachey (1880-1932), among the most famous writers of his time, was a member of the Bloomsbury group and the author of a number of biographies. His Eminent Victorians, published in 1918, inaugurated a new style of biography distinguished by irony, wit, irreverence, and elegance of language. He is also the author of Elizabeth and Essex, Biographical Essays, and Literary Essays.