The Nature Of Monsters (Paperback) 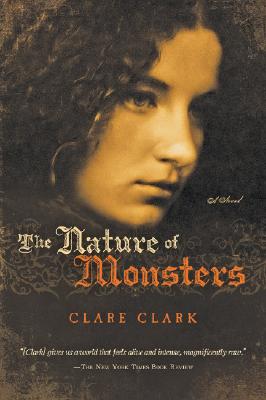 The Nature Of Monsters (Paperback)


Usually ships to store in 2-3 Days
1666: The Great Fire of London sweeps through the streets and a heavily pregnant woman flees the flames. A few months later she gives birth to a child disfigured by a red birthmark. 1718: Sixteen-year-old Eliza Tally sees the gleaming dome of St. Paul’s Cathedral rising above a rebuilt city. She arrives as an apothecary’s maid, a position hastily arranged to shield the father of her unborn child from scandal. But why is the apothecary so eager to welcome her when he already has a maid, a half-wit named Mary? Why is Eliza never allowed to look her veiled master in the face or go into the study where he pursues his experiments? It is only on her visits to the Huguenot bookseller who supplies her master’s scientific tomes that she realizes the nature of his obsession. And she knows she has to act to save not just the child but Mary and herself.
CLARE CLARK is the author of four novels, including The Great Stink, which was long-listed for the Orange Prize and named a Washington Post Best Book of the Year, and Savage Lands, also long-listed for the Orange Prize. Her work has been translated into five languages. She lives in London.

PRAISE FOR THE GREAT STINK

"In rich Dickensian detail, Clark creates the whole city teeming with life and decay . . . It’s a gripping exploration of the unmentionable currents that run beneath the surface of our lives—and it reeks of talent."—THE WASHINGTON POST BOOK WORLD

"A crackerjack historical novel that combines the creepy intrigue of Caleb Carr, the sensory overload of Peter Ackroyd and the academic curiosity of A. S. Byatt."—LOS ANGELES TIMES —