The Song of Simon de Montfort: The Life and Death of a Medieval Revolutionary (Hardcover) 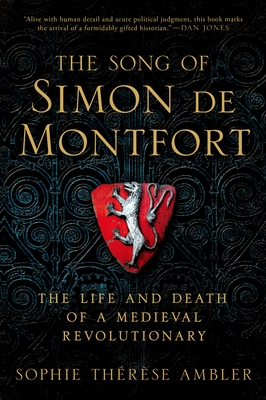 A biography of one of the Middle Ages' most controversial, reckless, and heroic figures Born in France in the early thirteenth century to a crusading father of the same name, Simon de Montfort traveled to England in his adulthood, where he claimed the earldom of Leicester and ingratiated himself into King Henry III's inner circles. Initially a trusted advisor, Simon's good relationship with the king did not last. Frustrated by the increasing injustice meted out to his subjects, Simon would go on to rebel against him, marching on the king's hall at Westminster and leading England's first revolution, and imposing a parliamentary system on Henry's rule. Montfort's life touched on nearly every notable event of the thirteenth century, from the holy wars being fought both abroad and closer to home, to the rebellion against the Plantagenets, to his campaigns against Jews in Leicester. The account of his death in battle-swinging his sword to the last-is one of the most graphic ever written of a medieval battlefield. Ambler provides a living portrait of the Middle Ages, brimming with illuminating insights into religion, society, the nobility, warfare, and daily life. In the words of bestselling historian Dan Jones, Ambler is "a dazzlingly talented historian" and her book on Simon de Montfort "marks the arrival of a formidably gifted historian."