The Self Made Tapestry: Pattern Formation in Nature (Paperback) 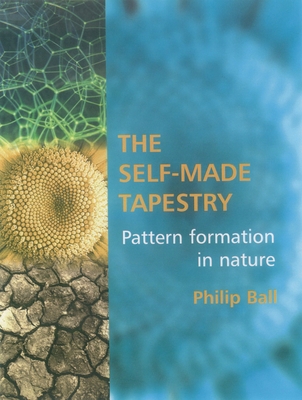 The Self Made Tapestry: Pattern Formation in Nature (Paperback)


Email or call for price
For centuries, scientists have struggled to understand the origins of the patterns and forms found in nature. Now, in this lucid and accessibly written book, Philip Ball applies state-of-the-art scientific understanding from the fields of biology, chemistry, geology, physics, and mathematics to these ancient mysteries, revealing how nature's seemingly complex patterns originate in simple physical laws.
Tracing the history of scientific thought about natural patterns, Ball shows how common presumptions--for example, that complex form must be guided by some intelligence or that form always follows function--are erroneous and continue to mislead scientists today. He investigates specific patterns in depth, revealing that these designs are self-organized and that simple, local interactions between component parts produce motifs like spots, stripes, branches, and honeycombs. In the process, he examines the mysterious phenomenon of symmetry and why it appears--and breaks--in similar ways in different systems. Finally, he attempts to answer this profound question: why are some patterns universal? Illustrations throughout the text, many in full color, beautifully illuminate Ball's ideas.

Philip Ball, an editor at Nature since 1988, has written many scientific articles on all topics for the popular press. His first book, Designing the Molecular World, won the American Association of Publishers award for books on chemistry.