The Republic and the Laws (Oxford World's Classics) (Paperback) 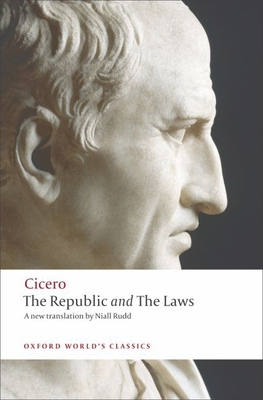 Cicero's The Republic is an impassioned plea for responsible government written just before the civil war that ended the Roman Republic in a dialogue following Plato. Drawing on Greek political theory, the work embodies the mature reflections of a Roman ex-consul on the nature of political
organization, on justice in society, and on the qualities needed in a statesman. Its sequel, The Laws, expounds the influential doctrine of Natural Law, which applies to all mankind, and sets out an ideal code for a reformed Roman Republic, already half in the realm of utopia. This is the first complete English translation of both works for over sixty years and features a lucid Introduction, a Table of Dates, notes on the Roman constitution, and an Index of Names. About the Series: For over 100 years Oxford World's Classics has made available the broadest spectrum of literature from around the globe. Each affordable volume reflects Oxford's commitment to scholarship, providing the most accurate text plus a wealth of other valuable features, including expert
introductions by leading authorities, voluminous notes to clarify the text, up-to-date bibliographies for further study, and much more.