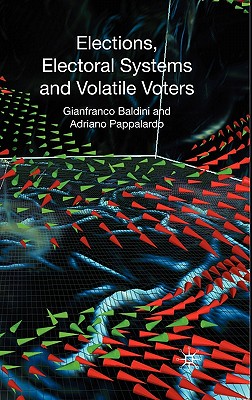 This book gives a full account of past experience, present structures and processes, and probable developments, of the voters- party-electoral systems nexus in twenty-one advanced Western democracies. The analysis is based on an original 1945-2007 comparative data set including all relevant political and institutional variables.

GIANFRANCO BALDINI is Associate Professor of Political Science at the University of Salerno, Italy, and Research Director at the Istituto Cattaneo of Bologna, where he is also Co-director of a book series on the politics of advanced democracies (Elezioni, governi, democrazie). He has recently co-edited, together with Marc Lazar, the first book of this series on France's political system after the 2007 Presidential and Legislative elections La Francia di Sarkozy. At the Istituto Cattaneo he is also coordinator of the yearbook Italian Politics, whose 2009 edition will be co-edited by himself and A. C. Bull. ADRIANO PAPPALARDO is Professor of Political Science at the University of Salerno, Italy, and Visiting Scholar at the Ecole Doctorale of the Fondation Nationale des Sciences Politiques, Paris. His research interests embrace formal coalition analysis, consociational and democratic theory, comparative macro-economic management, electoral systems, and the Italian political transition. He has co-authored Democrazie e Decisioni and Sistemi Elettorali e Partiti nelle Democrazie Contemporanee. In English, he has most recently published Italian Bipolarism and the Elections of 2006: End of the Line or just a Connecting Stop?, Journal of Modern Italian Studies and Electoral Systems, Party Systems: Lijphart and Beyond.