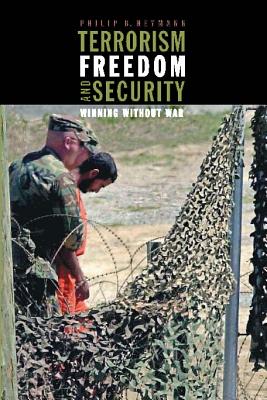 By Philip B. Heymann

A former Deputy Attorney General of the United States argues that we must preserve our civil liberties and democratic values while fighting terrorism.

On September 11, 2001, the United States began to consider the terrorist threat in a new light. Terrorism was no longer something that happened in other countries on other continents but became a pressing domestic concern for the US government and American citizens. The nation suddenly faced a protracted struggle.

In Terrorism, Freedom, and Security, Philip Heymann continues the discussion of responses to terrorism that he began in his widely read Terrorism and America. He argues that diplomacy, intelligence, and international law should play a larger role than military action in our counterterrorism policy; instead of waging war against terrorism, the United States needs a broader range of policies. Heymann believes that many of the policies adopted since September 11--including trials before military tribunals, secret detentions, and the subcontracting of interrogation to countries where torture is routine--are at odds with American political and legal traditions and create disturbing precedents. Americans should not be expected to accept apparently indefinite infringements on civil liberties and the abandonment of such constitutional principles as separation of powers and the rule of law. Heymann believes that the United States can guard against the continuing threat of terrorism while keeping its traditional democratic values in place.

Philip B. Heymann is James Barr Ames Professor of Law at Harvard Law School and a former Deputy Attorney General of the United States. He is author of Terrorism, Freedom, and Security (2003) and Preserving Liberty in an Age of Terror (2005), both published by the MIT Press.