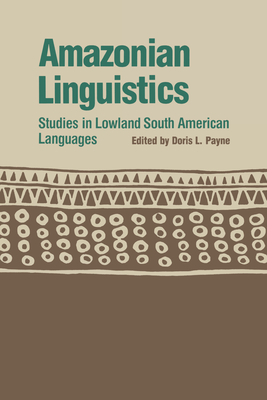 Lowland South American languages have been among the least studied ln the world. Consequently, their previous contribution to linguistic theory and language universals has been small. However, as this volume demonstrates, tremendous diversity and significance are found in the languages of this region.These nineteen essays, originally presented at a conference on Amazonian languages held at the University of Oregon, offer new information on the Tupian, Cariban, Jivaroan, Nambiquaran, Arawakan, Tucanoan, and Makuan languages and new analyses of previously recalcitrant Tup -Guaran verb agreement systems.The studies are descriptive, but typological and theoretical implications are consistently considered. Authors invariably indicate where previous claims must be adjusted based on the new information presented. This is true in the areas of nonlinear phonological theory, verb agreement systems and ergativity, grammatical relations and incorporation, and the uniqueness of Amazonian noun classification systems. The studies also contribute to the now extensive interest in grammatical change.Doris L. Payne is professor of linguistics at the University of Oregon.