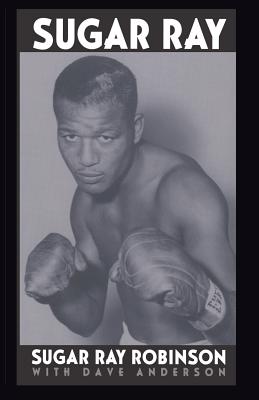 "The Sugar Ray Robinson story, like most true-life fables, is often incredible. But it is, withal, a very human story--a story of poverty and riches, success and failure, pride and humility, good and bad."--New York Times Book Review
Sugar Ray Robinson (1921-1989) was hailed as the finest boxer to ever enter a ring. Muhammad Ali once called him "the king, my master, my idol"--and indeed, he was the idol of everyone who had anything to do with boxing. But for African Americans, he was more than a great boxer. In an era when blacks were supposed to be humble and grateful for favors received, he was a man whose every move in and out of the ring showed what black pride and power meant.
Sugar Ray grew up during the Depression in the ghettos of Detroit and New York, rose through the amateur boxing ranks, became Golden Gloves champion at the featherweight at the age of eighteen, and become world welterweight champion in 1946 and middleweight in 1951. Robinson had it all, but later lost it all; and in this classic autobiography he tells it all with remarkable candor. Here is Sugar Ray: the dazzlingly handsome champion with a craving for fast cars and fast living; the kid who was terrified of elevators; the young GI who, together with Joe Louis, combated racial discrimination; the honest fighter who refused a million dollars to throw a fight against Rocky Graziano; the boxer who dreamed he would kill his opponent in the ring, and did so the following night.
This Da Capo edition is supplemented with a new foreword and afterword by Dave Anderson about Sugar Ray's last years in Los Angeles and the legacy he left behind, and with eight new pages of stunning photographs.

Dave Anderson, sports columnist for the New York Times, has covered boxing for over twenty-five years. Winner of the 1981 Pulitzer Prize for distinguished commentary, he has written seventeen books.