The Haven: A Novel (Hardcover) 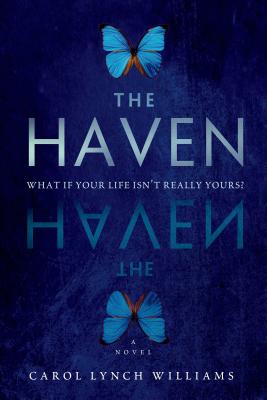 The Haven: A Novel (Hardcover)

For the teens at The Haven, the outside world, just beyond the towering stone wall that surrounds the premises, is a dangerous unknown. It has always been this way, ever since the hospital was established in the year 2020. But The Haven is more than just a hospital; it is their home. It is all they know. Everything is strictly monitored: education, exercise, food, and rest. The rules must be followed to keep the children healthy, to help control the Disease that has cast them as Terminals, the Disease that claims limbs and lungs—and memories.

But Shiloh is different; she remembers everything. Gideon is different, too. He dreams of a cure, of rebellion against the status quo. What if everything they've been told is a lie? What if The Haven is not the safe place it claims to be? And what will happen if Shiloh starts asking dangerous questions?

Powerful and emotional, The Haven takes us inside a treacherous world in which nothing is as it seems. "Imagine Anna Quindlen or Sue Miller turning her attention to writing a young adult novel, and you have an idea of what Carol Lynch Williams has done for early teen readers." (Audrey Couloumbis, author of the Newbery Honor Book Getting Near to Baby)

“The minute I read Carol Lynch Williams' The Haven, I knew I was in love with this book. First, it's a great story. Secondly, it touches on some important real-world issues going on right now.” —xoJane.com

“Williams successfully employs an emotionally resonant first-person narrative to tell a story that is both horrific and uncomfortably plausible....Gripping.” —Booklist

“With themes similar to Lowry's The Giver and Farmer's House of the Scorpion as well as Ishiguro's Never Let Me Go, it's still a compelling work in its own right--atmospheric, tense, and thought provoking. Shiloh's voice is believable, and her poignant yearning for experience--once she stops taking the Tonic--and her musings on the meaning of life and what it means to be human will linger with readers for a long time.” —The Horn Book

“Williams's futuristic world is a chilling one….readers will be caught up in piecing together the disturbing truth about the Haven and then seeing how the escape plan unfolds. Between ethical considerations and an ambiguous ending, this is sure to spark discussion.” —VOYA