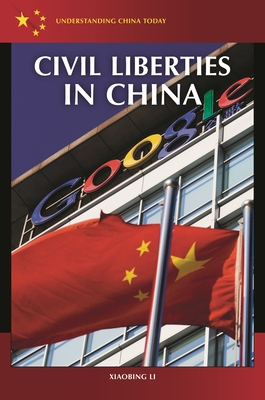 By Xiaobing Li
Email or call for price.

The Constitution of the People's Republic of China was amended in 2004 to expressly include the protection of human rights, and the last revision of the Constitution in 1982 ostensibly guaranteed civil liberties such as freedom of speech, of the press, and of assembly. In actuality, China still resorts to suppressive actions such as strictly controlling accessible content on the Internet and censorship of the media, as well as silencing criticism of government or calls for political reform.

Civil Liberties in China explores both theory and practice by identifying key issues in Chinese ideology, government, and human rights. The book assesses historical evidence and empirical data, putting major legal cases in the context of Chinese traditions and culture. Abortion, the one-child policy, and privacy issues are given special attention.

Xiaobing Li is professor and chair of the Department of History and Geography and director of the Western Pacific Institute at the University of Central Oklahoma, Edmond, OK.