An Introduction to Eighteenth-Century Fiction (Hardcover) 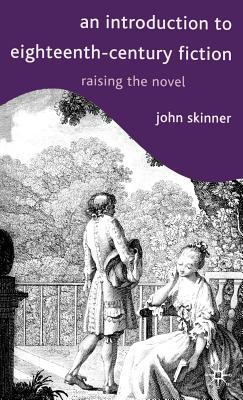 An Introduction to Eighteenth-Century Fiction (Hardcover)

The formal and expressive range of canonic eighteenth-century fiction is enourmous: between them Defoe, Richardson, Fielding, Smollett and Sterne seem to have anticipated just about every question confronting the modern novelist; and Aphra Behn even raises a number of issues overlooked by her male successors. But one might also reverse the coin: much of what is present in these writers will today seem remote and bizarre. There is, in fact, only one novelist from the 'long' eighteenth century who is not an endangered species outside the protectorates of university English departments: Jane Austen. Plenty of people read her, moreover, without the need for secondary literature. These reservations were taken into account in the writing of this book.

An Introduction to Eighteenth Century Fiction is a comprehensive and accessible introduction to English fiction from Aphra Behn to Jane Austen. It deals with novel criticism, canon formation and relations between genre and gender. The second part of the book contains an extensive discussion of Richardson and Fielding, followed by paired readings of major eighteenth-century novels, juxtaposing texts by Behn and Defoe, Sterne and Smollett, Lennox and Burney among others. The various sections of the book, and even the individual chapters, may be read independently or in any order. Works are discussed in a way intended to help students who have not read them, and even engage with some who never will. The author consumes eighteenth-century fiction avidly, but has tried to write a reader-friendly survey for those who may not.
JOHN SKINNER is Professor of English at the University of Turku, Finland.JOHN SKINNER is Professor of English at the University of Turku, Finland.