Chaos Under Heaven: Trump, Xi, and the Battle for the Twenty-First Century (CD-Audio) 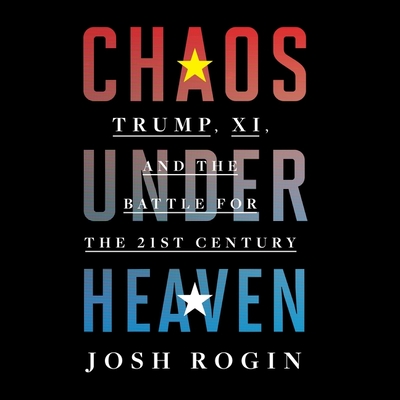 Chaos Under Heaven: Trump, Xi, and the Battle for the Twenty-First Century (CD-Audio)


Special Order
The behind-the-scenes story of America’s chaotic, high-stakes confrontation with Beijing, from an award-winning Washington Post columnist and peerless observer of the US-China relationship

The war began as soon as Donald Trump won the presidency. In an attempt to shape the president-elect’s stance toward China, Henry Kissinger began arranging secret meetings between incoming officials and Chinese leaders. Soon, factions in the new administration were battling to shape the US strategy toward China, and with it the future of the most important relationship of the 21st century. The resulting chaos would not only lead Washington and Beijing into a trade war that would reshape international economics and push the two countries to the brink of a Cold War, but also it would bring to a boil the long-simmering rivalry between Washington and Beijing, and force a reckoning over China’s audacious influence operations within the United States—a competition between superpowers that risks a confrontation of inconceivable peril.

Drawing on unrivaled access to power brokers in the White House and beyond, Josh Rogin provides a vivid, sobering account of an administration at war with itself during perhaps our most urgent hour.
JOSH ROGIN is a Washington Post foreign policy columnist and CNN political analyst. He has reported for Bloomberg View, the Daily Beast, Foreign Policy, Congressional Quarterly, Federal Computer Week, and Japan’s Asahi Shimbun. He lives in Washington, DC.