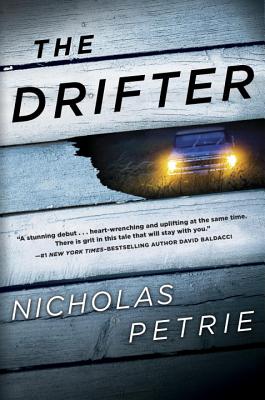 This is book number 1 in the Peter Ash Novel series.

The first explosive thriller featuring Peter Ash, a veteran who finds that the demons of war aren't easily left behind... "Lots of characters get compared to my own Jack Reacher, but Petrie's Peter Ash is the real deal."--Lee Child Peter Ash came home from the wars in Iraq and Afghanistan with only one souvenir: what he calls his "white static," the buzzing claustrophobia due to post-traumatic stress that has driven him to spend a year roaming in nature, sleeping under the stars. But when a friend from the Marines commits suicide, Ash returns to civilization to help the man's widow with some home repairs. Under her dilapidated porch, he finds more than he bargained for: the largest, ugliest, meanest dog he's ever encountered...and a Samsonite suitcase stuffed with cash and explosives. As Ash begins to investigate this unexpected discovery, he finds himself at the center of a plot that is far larger than he could have imagined...and it may lead straight back to the world he thought he'd left for good.
Nick Petrie received his MFA in fiction from the University of Washington, won a Hopwood Award for short fiction while an undergraduate at the University of Michigan, and his story "At the Laundromat" won the 2006 Short Story Contest in the The Seattle Review, a national literary journal. A husband and father, he runs a home-inspection business in Milwaukee. His novels in the Peter Ash series include The Drifter, winner of the ITW Thriller Award and the Barry Award for Best First Novel, Burning Bright, and Light It Up.