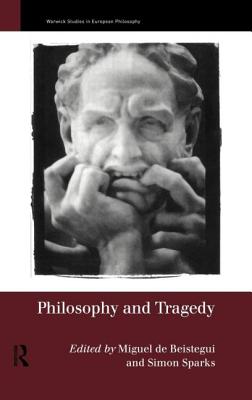 From Plato's Republic and Aristotle's Poetics to Nietzsche's The Birth of Tragedy, the theme of tragedy has been subject to radically conflicting philosophical interpretations. Despite being at the heart of philosophical debate from Ancient Greece to the Nineteenth Century, however, tragedy has yet to receive proper treatment as a philosophical tradition in its own right.
Philosophy and Tragedy is a compelling contribution to that oversight and the first book to address the topic in a major way. Eleven new essays by internationally renowned philosophers clearly show how time and again, major thinkers have returned to tragedy in many of their key works. Philosophy and Tragedy aks why it is that thinkers as far apart as Hegel and Benjamin should make tragedy such an important theme in their work, and why, after Kant, an important strand of philosophy should present itself tragically. From Heidegger's reading of Sophocles' Antigone to Nietzsche and Benjamin's book-length studies of tragedy, Philosophy and Tragedy presents an outstanding and original study of this preoccupation.
The five sections are organised clearly around five major philosophers: Hegel, Holderlin, Nietzsche, Heidegger, and Benjamin