A Lady's Life in the Rocky Mountains (Economy Editions) (Paperback) 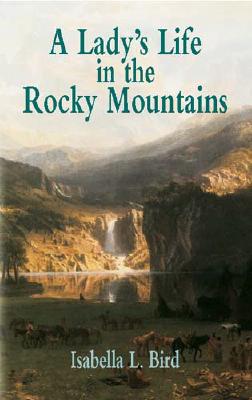 A cosmopolitan, middle-aged Englishwoman touring the Rocky Mountains in 1873, Isabella Bird had embarked upon a trip that called for as much stamina as would have been expected of an explorer or anthropologist -- and she was neither Possessing a prodigious amount of curiosity and a huge appetite for traveling, she journeyed later in life to India, Tibet, China, Japan, Korea, and Canada and wrote eight successful books about her adventures. In this volume, she paints an intimate picture of the Wild West, writing eloquently of flora and fauna, isolated settlers and assorted refugees from civilization, vigilance committees and lynchings, and crude table manners yet a gentle civility -- even chivalry -- among the men she encountered in the wilderness. Thoughtfully written, this captivating narrative provides a vibrant account of a bygone era and the people that forever changed the face of the frontier.

Isabella Bird (1831-1904) was born in England and became one of the most famous travel writers of the 19th century. After a childhood marred by illness, she was encouraged by her physician to travel. With 100 pounds given to her by her clergyman father, Bird explored Canada and the United States. During her travels, she wrote to her sister about her experiences and drew on that material for her first book. Later, Bird journeyed to Japan, China, Tibet, and Korea. Her discerning observations have been entertaining readers for over a century.