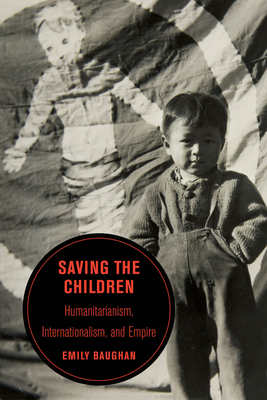 Saving the Children analyzes the intersection of liberal internationalism and imperialism through the history of the humanitarian organization Save the Children, from its formation during the First World War through the era of decolonization. Whereas Save the Children claimed that it was "saving children to save the world," the vision of the world it sought to save was strictly delimited, characterized by international capitalism and colonial rule. Emily Baughan's groundbreaking analysis, across fifty years and eighteen countries, shows that Britain's desire to create an international order favorable to its imperial rule shaped international humanitarianism. In revealing that modern humanitarianism and its conception of childhood are products of the early twentieth-century imperial economy, Saving the Children argues that the contemporary aid sector must reckon with its past if it is to forge a new future.
Emily Baughan is Lecturer in Modern British History at the University of Sheffield.