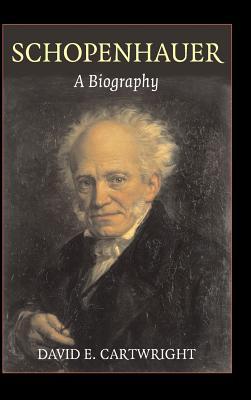 Arthur Schopenhauer (1788-1860) was one of the most original and provocative thinkers of the nineteenth century. He spent a lifetime striving to understand the meaning of living in a world where suffering and death are ubiquitous. In his quest to solve "the ever-disquieting riddle of existence," Schopenhauer explored almost every dimension of human existence, developing a darkly compelling worldview that found deep resonance in contemporary literature, music, philosophy, and psychology. This is the first comprehensive biography of Schopenhauer written in English. Placing him in his historical and philosophical contexts, David E. Cartwright tells the story of Schopenhauer's life to convey the full range of his philosophy. He offers a fully documented portrait in which he explores Schopenhauer's fractured family life, his early formative influences, his critical loyalty to Kant, his personal interactions with Fichte and Goethe, his ambivalent relationship with Schelling, his contempt for Hegel, his struggle to make his philosophy known, and his reaction to his late-arriving fame. The Schopenhauer who emerges in this biography is the complex author of a philosophy that had a significant influence on figures as diverse as Samuel Beckett, Jorge Luis Borges, Emile Durkheim, Sigmund Freud, Thomas Hardy, Thomas Mann, Friedrich Nietzsche, and Ludwig Wittgenstein.