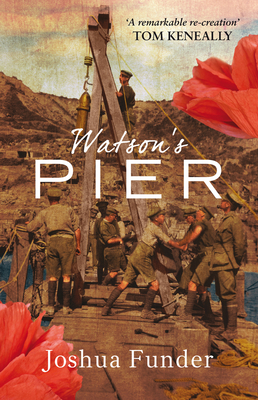 
Email or call for price
Stan Watson was among the first ashore at Gallipoli on 25 April 1915, and survived battle, fear and disease to build the pier at Anzac Cove from which so many men later escaped. He faced what seemed like an impossible mission: to get every man out alive. Watson never claimed to be the last man to leave Gallipoli, but through to the very end he played his part and became a hero.
Sixty-two years to the day after he stepped away from that fatal shore, Watson took a slow train to visit his family for Christmas and decided to finally tell his life story.
A beautifully told mixture of fact and fiction, Watson's Pier traces not just one man's journey, but the history of a nation. It also challenges the historical record of what happened in the final moments at Anzac Cove. In doing so, it offers a new perspective on the meaning of Gallipoli.