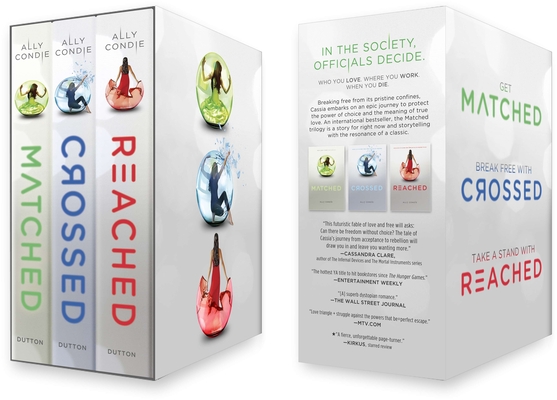 Ally Condie is the author of the #1 New York Times bestselling Matched trilogy and co-author of the Darkdeep middle grade series. She is also the author of the novel Summerlost, an Edgar Award Finalist. A former English teacher, Ally lives with her family outside of Salt Lake City, Utah. Ally has an MFA from the Vermont College of Fine Arts, and is the founder and director of the nonprofit WriteOut Foundation.

"This futuristic fable of love and free will asks: Can there be freedom without choice? The tale of Cassia's journey from acceptance to rebellion will draw you in and leave you wanting more." --Cassandra Clare, New York Times-bestselling author of The Infernal Devices and The Mortal Instruments series

"The hottest YA title to hit bookstores since The Hunger Games." --Entertainment Weekly

"Condie’s prose is immediate and unadorned, with sudden pings of lush lyricism [and] reveals seeming to arrive on almost every page." --Kirkus, starred review

"Love triangle + struggle against the powers that be = perfect escape." --MTV.com