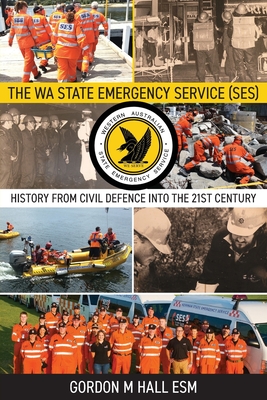 This book traces the history of the Civil Defence in Western Australia, from the mid-1930s, to when the State Emergency Service was first formed in 1959, and the subsequent years as it passed through a number of government departments including the Premiers department, WA Police, as its own department and ending with being under the general responsibility of the Department of Fire and Emergency Services.

DFES is supported by an extensive network of over 29,000 volunteers (including 2000 SES Volunteers) and 1100 career firefighters who all work together with the community and government to prevent, prepare for, respond to and recover from a diverse range of emergencies.

This book has been authored by Gordon Hall ESM and peer reviewed by John Capes OAM and Allen Gale.