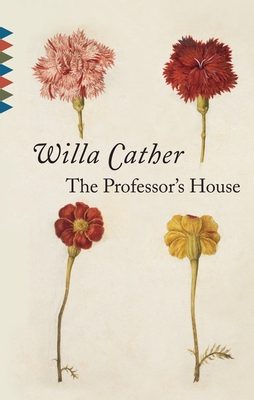 
On Our Shelves Now
A lyrical and bittersweet novel of a middle-aged man losing control of his life that's a brilliant study in emotional dislocation and renewal—from one of the most highly acclaimed authors of the twentieth century.

Professor Godfrey St. Peter is a man in his fifties who has devoted his life to his work, his wife, his garden, and his daughters, and achieved success with all of them. But when St. Peter is called on to move to a new, more comfortable house, something in him rebels. And although at first that rebellion consists of nothing more than mild resistance to his family's wishes, it imperceptibly comes to encompass the entire order of his life. The Professor's House combines a delightful grasp of the social and domestic rituals of a Midwestern university town in the 1920s with profound spiritual and psychological introspection.
WILLA CATHER, author of twelve novels, including O Pioneers!, My Ántonia, and Death Comes for the Archbishop, was born in Virginia in 1873 but grew up in Nebraska, where many of her novels are set. She died in 1947 in New York City.