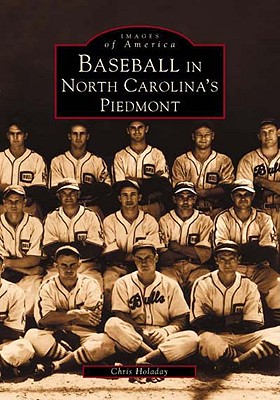 Bordered by the Appalachian Mountains to the west and the flat coastal plain to the east, North Carolina's foothills region, also called the Piedmont, is home to a remarkable baseball heritage. For well over a century, the game has played a meaningful role in the lives of Piedmont residents. Countless thousands have participated in this national tradition and though some went on to become famous professional players in the big leagues, most never played for more than their local team. All, however, contributed to an important part of regional history. The North Carolina Piedmont has long been famous for its minor league teams, including the Durham Bulls and the Carolina Mudcats, but it's not just the professionals who helped shape the area's baseball tradition. College programs like those at the University of North Carolina, Duke, Wake Forest, and NC State have all figured prominently on the national scene at one time or another. High school teams from towns including Sanford have ranked among the nation's best, while American Legion teams have even captured the national championship. In the past it was the textile mills that contributed so much to the region's baseball heritage. Many of the mills only exist in memories today, but some of the teams they fielded-with names like McCrary, Wiscassett, Cannon, and Cooleemee-became local legends. With such a rich and colorful history, there is no doubt that North Carolina's Piedmont is truly baseball country.