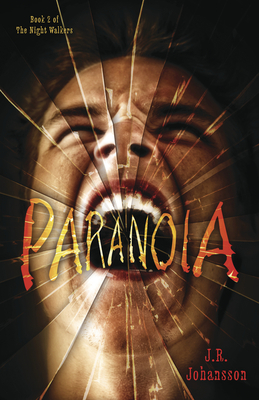 This is book number 2 in the Night Walkers series.

After years of sleeplessness that nearly killed him, Parker Chipp is learning that being a Watcher--a Night Walker who watches dreams --isn't an automatic death sentence. But as he figures out how to live with his unusual abilities, a powerful alter ego he calls Darkness is growing inside him, taking over his body and filling him with frightening impulses that could get him into serious trouble. Even as Darkness spins him out of control, Parker faces a worse threat: the Takers. Another breed of Night Walker, the Takers are anarchistic chaos-makers who want to see all the Watchers dead. Desperate to stop them, Parker discovers that they want to create an immortality pill and have kidnapped the one chemist who can make it . . . Parker's long-absent father.
J. R. Johansson (Orem, UT) holds a BS in public relations and is active in the writing community, teaching classes and workshops. Insomnia is her debut novel. Visit her online at JennJohansson.com.