To Be a Man: Letters to My Grandson (Paperback) 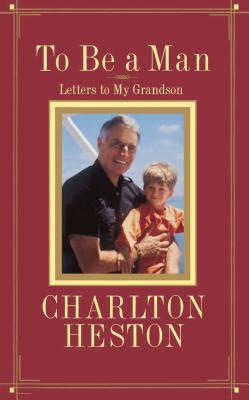 To Be a Man: Letters to My Grandson (Paperback)


Usually ships to store in 2-3 Days
From Simon & Schuster, To Be a Man is Charlton Heston's guide to manhood offered to his grandson in the form of detailed letters.

The famed actor passes on to his grandson his advice about how to do one's best while keeping one's promises, how to be fair, and how to be a good man.
Charlton Heston was an actor, political activist, and Hollywood star. He is known for his role as Moses in The Ten Commandments. Following this part, he was nominated the Golden Globe Award for Best Actor in a Motion Picture Drama. He joined the military in 1944 and served in the United States Army Air Force during World War II. He is the author of multiple books, including The Actors Life: Journals 1956-1976 and To Be a Man: Letters to My Grandson.