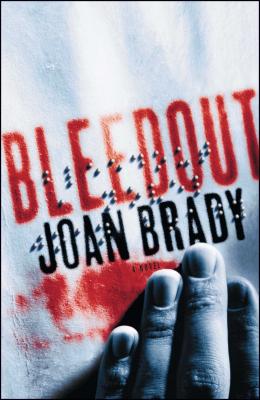 
Usually ships to store in 2-3 Days
Joan Brady's "action-packed, densely woven" (Publishers Weekly) novel is an ingeniously layered psychological thriller about a family corrupted by a violent death and the shadow of a complicated friendship.

The victim : An invincible attorney.

Hugh Freyl, the scion of the richest and most influential family in Springfield, Illinois, is found beaten to death in the library of his own law firm.

The suspect : A convicted killer.

David Marion, a young man from the inner city, is on parole. It was Freyl who, to the outrage of colleagues, family, and friends, orchestrated his release from prison. And it was Freyl who took David in as his protégé, giving him a second chance at life. Were Freyl's critics right to suspect David's murderous nature all along? Or was Freyl, a blind man who could always see the truth in others, not all he appeared to be? As David fights to prove his innocence, a twisted world of darkness and deception unfolds.
Joan Brady was born in California and danced with New York City Ballet when she was in her twenties. A Phi Beta Kappa graduate of Columbia University, Brady now lives in England where she is an author of short stories; articles; reviews; a highly acclaimed autobiography, The Unmaking of a Dancer, and a novel, Theory of War, for which she became the first woman (and first American) to win the Whitbread Book of the Year Award in 1993. She is also the author of the best-selling novel, The Émigré, and Death Comes for Peter Pan, a fictionalized account of an American medical scandal, both published in the U.K. In 2001, she represented England at the Centenary of the Nobel Peace Prize.