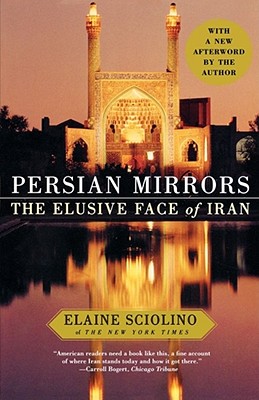 
Usually ships to store in 2-3 Days
The book that revealed Iran to the West, now with a new Afterword. Elaine Sciolino updates Persian Mirrors to include coverage of the 2005 presidential election in Iran.
As a correspondent for Newsweek and The New York Times, Sciolino has had more experience covering revolutionary Iran than any other American reporter. She was aboard the airplane that took Ayatollah Ruhollah Khomeini to Tehran in 1979 and was there for the revolution, the hostage crisis, the Iran-Iraq war, the rise of President Khatami, the riots of 1999, and the crisis over Iran's nuclear program. In Persian Mirrors, Sciolino takes us into the public and private spaces of Iran, uncovering an alluring and seductive nation where a great battle is raging -- not for control over territory, but for the soul of its people.
Elaine Sciolino is Paris Bureau Chief for The New York Times. She is also the author of The Outlaw State: Saddam Hussein's Quest for Power and the Gulf War Crisis.
Carroll Bogert Chicago Tribune American readers need a book like this, a fine account of where Iran stands today and how it got there.

Ira Lapidus The New York Times Iran is not easy to know well, but Ms. Sciolino knows it intimately.

Laura Ciolkowski The Washington Post Sciolino succeeds in exposing the lie of America's Iran. Her intimate portrait...shows us a country whose bold experimentation with certain democratic ideals often mirrors our own.

The New Yorker Sciolino is hopeful, if not certain, that Iranians can work their way to the rational, respectable government they deserve, and her intelligence and style convey exactly what's at stake.