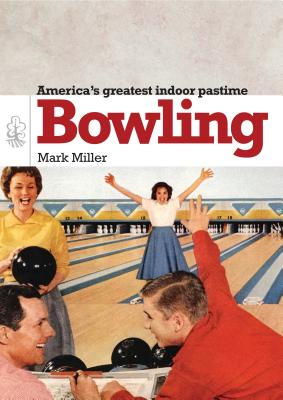 By Mark Miller
Email or call for price.
Out of Print

Popular in various forms the world over, bowling became one of America's favorite pastimes as early as the 1800s. Bowling rules were standardized in New York in 1895. But it wasn't until after World War II that bowling really swept the nation, and by the 1950s and '60s, bowling was ubiquitous in towns and cities small and large. Local and national competitions, television specials, and the Professional Bowlers Association helped fuel the fire. Soon, adults and children alike were participating in bowling on a regular basis, often in weekly leagues. Though popularity has waxed and waned over the years, today more than 95 million people count themselves as regular bowlers. Bowling expert Mark Miller traces the history of bowling in the United States in this colorful and concise exploration of bowling as both a sport and a leisure activity. From its ancient beginnings to the mid-century boom to today's bowling and entertainment centers, Miller captures the essence of bowling.

Mark Miller worked for the United States Bowling Congress and its predecessors for more than twenty-four years. He is an authority on bowling past and present, having been called the "Fountain of Bowling Knowledge." A former sports writer in Arkansas and Illinois, he also helped establish the International Bowling Museum and Hall of Fame in Arlington, Texas. His work has been published in a variety of publications and media, including Examiner.com, BowlingDigital.com, RoadSideAmerica.com, and the Bowling News Network.