Nothing Left to Lose: A Novel (John Cleaver #6) (Paperback) 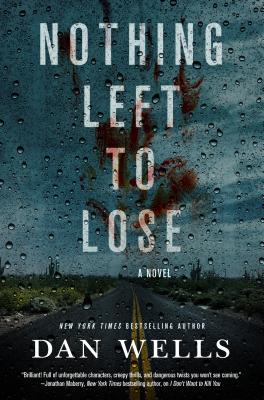 Nothing Left to Lose: A Novel (John Cleaver #6) (Paperback)

This is book number 6 in the John Cleaver series.

Hi. My name is John Cleaver, and I hunt monsters. I used to do it alone, and then for a while I did it with a team of government specialists, and then the monsters found us and killed almost everyone, and now I hunt them alone again.

This is my story.


In this thrilling installment in the John Wayne Cleaver series, Dan Wells brings his beloved antihero into a final confrontation with the Withered. Nothing Left to Lose is a conclusion that is both completely compelling and completely unexpected.