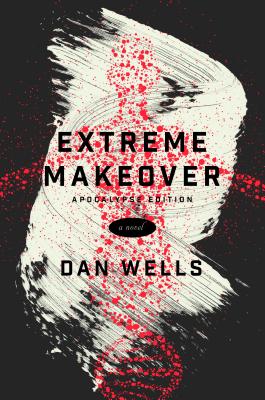 Dan Well's Extreme Makeover is a satirical new suspense about a health and beauty company that accidentally develops a hand lotion that can overwrite your DNA.

Lyle Fontanelle is the chief scientist for NewYew, a health and beauty company experimenting with a new, anti-aging hand lotion. As more and more anomalies crop up in testing, Lyle realizes that the lotion's formula has somehow gone horribly wrong. It is actively overwriting the DNA of anyone who uses it, turning them into physical clones of someone else. Lyle wants to destroy the formula, but NewYew thinks it might be the greatest beauty product ever designed--and the world's governments think it's the greatest weapon.

New York Times bestselling author Dan Wells brings us a gripping corporate satire about a health and beauty company that could destroy the world in Extreme Makeover.

DAN WELLS writes a little bit of everything, but he is best known for the Partials Sequence and the John Cleaver series, the first book of which is now a major motion picture. He is a co-host of the educational podcast Writing Excuses, for which he won a Hugo and now helps run a yearly, week-long writing conference. In addition to novels, novellas, and shorts, he has also written and produced a stage play, called "A Night of Blacker Darkness," and works as a staff writer on the TV show "Extinct." He has lived in the US, Mexico, and Germany, and currently resides in Utah with his wife and six children and 439 board games.
"Reminiscent of Vonnegut at his most subtly biting, Wells’s novel should find favor with speculative and mainstream readers alike." - Publishers Weekly