Confessions of an Innocent Man: Torture and Survival in a Saudi Prison (Paperback) 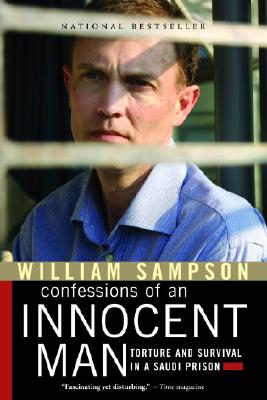 "What was it that I did to survive? Where did those ideas come from? Where did I find the resolve to enact them? At the time of my release, I had no ready answers beyond that I did what seemed natural and necessary. In looking back, I realize that the peculiarities of my personality helped me to adopt strategies that allowed for the reclamation of my identity and my integrity while in the hands of barbarians. Yet what I did is neither remarkable nor courageous nor beyond the capabilities of any person that finds himself in similar circumstances. What I have come to believe is that there exists in all of us the potential to stand and fight and reclaim."
— William Sampson

On Sunday, December 17, 2000, Canadian engineer William Sampson stepped outside his house in Riyadh only to be hauled into a car and beaten by two Saudi men he didn’t know. Within an hour, he was incarcerated in one of the city’s most notorious jails. Within two months, he was tortured into a confession of responsibility for a wave of car bombings he did not commit. Sometime in that first year, he was sentenced to death in a secret trial. For two and a half years, Sampson was continually subjected to beatings and torture, convinced his death was just around the corner. Inept diplomacy failed him but human rights groups took up his cause and on August 8, 2003, he was finally freed in a controversial prisoner exchange. It wasn’t until February 2005 that Sampson’s name was officially cleared when a British inquest exonerated him of the crimes.

Angry, intelligent, and compelling, Sampson places his personal story within the context of the geopolitics that engineered his fate, and in doing so has crafted a searing exposé of Western foreign policy in the Arab Middle East.

William Sampson was working as a marketing consultant in Riyadh at the time of his arrest. He holds a Ph.D. in biochemistry and an MBA from Edinburgh University. The British Court of Appeal recently awarded Sampson and his fellow detainees the landmark right to sue their torturers in Saudi Arabia.