The Question of God: C.S. Lewis and Sigmund Freud Debate God, Love, Sex, and the Meaning of Life (MP3 CD) 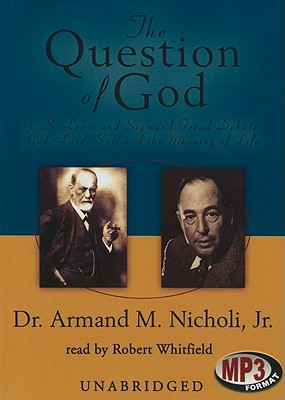 In The Question of God, renowned psychiatrist and educator Armand Nicholi presents a fascinating comparison of the beliefs of Sigmund Freud and C. S. Lewis. For all the variety of specific religious beliefs, there are fundamentally only two kinds of people: believers and nonbelievers. In the twentieth century, no spokesman was more prominent for nonbelief than Sigmund Freud, and no one argued for belief more successfully than C. S. Lewis. From pain and suffering, to love and sex, to God and morality, Lewis and Freud carefully argued opposing viewpoints and even considered the chief objections to their positions. Based on Nicholi's years of studying both men, including wide access to Freud's letters, this debate on the greatest of subjects strikes at the deepest chords in our souls.