Polo in Britain: A History (Hardcover) 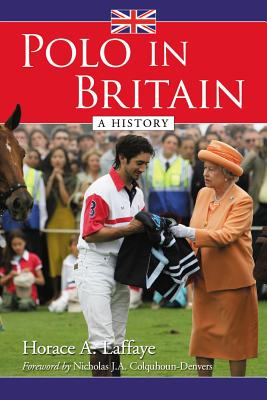 By Horace A. Laffaye
Email or call for price.
Special Order

Ever since British soldiers returning from India in the mid-nineteenth century introduced their homeland to a fast-paced ball game on horseback, polo has remained the quintessential British sport. Although its origins lie in Asia, British pioneers are credited with both modernizing the game and spurring its spread worldwide. This volume chronicles the history of polo in the British Isles from its beginnings in the 1860s through the summer of 2011. It recounts the development of polo clubs, including the rise and fall of once mighty citadels of the game; describes the major competitions and many of the lesser tournaments in England and Ireland; and gives particular attention to international contests. Biographical sketches of top players, from early innovators to current superstars, and reflections on current issues affecting the game, including the rise of commercialism and the decrease of civility and sportsmanship, complete this vivid panorama of British polo.

A polo player and surgeon, Horace A. Laffaye is on the board of directors of the Museum of Polo and is chairman of the Polo Hall of Fame Nominating Committee. His writings on the game include several books and many articles in magazines in North America, Argentina and England. He divides his time between Connecticut and Florida.