Survival in the Killing Fields (Paperback) 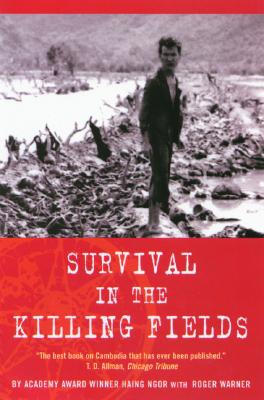 Nothing has shaped my life as much as surviving the Pol Pot regime. I am a survivor of the Cambodian holocaust. That's who I am," says Haing Ngor. And in his memoir, Survival in the Killing Fields, he tells the gripping and frequently terrifying story of his term in the hell created by the communist Khmer Rouge. Like Dith Pran, the Cambodian doctor and interpreter whom Ngor played in an Oscar-winning performance in The Killing Fields, Ngor lived through the atrocities that the 1984 film portrayed. Like Pran, too, Ngor was a doctor by profession, and he experienced firsthand his country's wretched descent, under the Khmer Rouge, into senseless brutality, slavery, squalor, starvation, and disease -- all of which are recounted in sometimes unimaginable horror in Ngor's poignant memoir. Since the original publication of this searing personal chronicle, Haing Ngor's life has ended with his murder, which has never been satisfactorily solved. In an epilogue written especially for this new edition, Ngor's coauthor, Roger Warner, offers a glimpse into this complex, enigmatic man's last years -- years that he lived "like his country: scarred, and incapable of fully healing."

Haing Ngor, a Cambodian by birth and doctor by profession, launched his Hollywood film career in 1984 with his Academy Award-winning performance in The Killing Fields. He died in 1996.

Roger Warner is a journalist and author of Shooting at the Moon: The Story of America's Clandestine War in Laos. He first met Ngor at a Cambodian refugee camp in 1980.