My Heart Is a Large Kingdom: Selected Letters of Margaret Fuller (Hardcover) 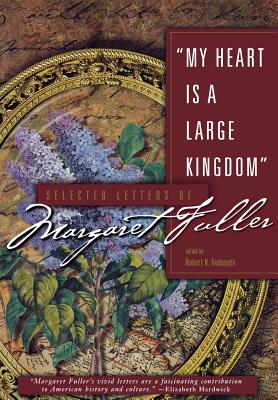 By Robert N. Hudspeth (Editor)
Email or call for price.

This single-volume selection of the letters of Margaret Fuller affords a unique opportunity for renewed acquaintance with a great American thinker of the Transcendentalist circle. The letters represent Fuller at all stages of her life and career, and show her engaged as literary critic, as translator and as champion of German literature and thought, as teacher, as travel writer, as literary editor, as journalist, as feminist, as revolutionary, as wife and mother. My Heart Is a Large Kingdom, unlike previous collections, includes only letters transcribed from Fuller's manuscripts and does not reproduce correspondence known only from printed sources and copies in hands other than Fuller's.Among the recipients of the letters in this generous selection are such literary and cultural figures as Bronson Alcott, Elizabeth Barrett Browning, Arthur Hugh Clough, Ralph Waldo Emerson, Giuseppe Mazzini, Giovanni Angelo Ossoli (Fuller's husband), George Ripley, and Henry David Thoreau. Taken together, the letters serve as a chronicle of Fuller's lifetime and provide glimpses into her thoughts and feelings during the years of the Conversations, Dial, and the revolution in Rome.

Robert N. Hudspeth is Professor of English at the University of Redlands. He is the author of Ellery Channing and the editor of the six-volume Letters of Margaret Fuller, also available from Cornell, from which this selection is drawn.