Morta Las Vegas: CSI and the Problem of the West (Postwestern Horizons) (Hardcover) 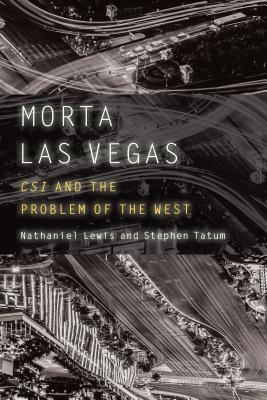 Morta Las Vegas: CSI and the Problem of the West (Postwestern Horizons) (Hardcover)


On Our Shelves Now
Through all its transformations and reinventions over the past century, “Sin City” has consistently been regarded by artists and cultural critics as expressing in purest form, for better or worse, an aesthetic and social order spawned by neon signs and institutionalized indulgence. In other words, Las Vegas provides a codex with which to confront the problems of the West and to track the people, materials, ideas, and virtual images that constitute postregional space.

Morta Las Vegas considers Las Vegas and the problem of regional identity in the American West through a case study of a single episode of the television crime drama CSI: Crime Scene Investigation. Delving deep into the interwoven events of the episode titled “4 × 4,” but resisting a linear, logical case-study approach, the authors draw connections between the city—a layered and complex world—and the violent, uncanny mysteries of a crime scene. Morta Las Vegas reveals nuanced issues characterizing the emergence of a postregional West, moving back and forth between a geographical and a procedural site and into a place both in between and beyond Western identity.
Nathaniel Lewis is a professor of English at Saint Michael’s College. He is the coeditor of True West: Authenticity and the American West (Nebraska, 2004) and the author of Unsettling the Literary West: Authenticity and Authorship(Nebraska, 2003). Stephen Tatum is a professor of English at the University of Utah. He is the author of In the Remington Moment (Nebraska, 2010) and the coeditor of Reading “The Virginian” in the New West (Nebraska, 2003).

“Bold, dangerous, troubling, speculative, and playful, spinning stories from the vortex provided by the CSI episode outward and back—away from the West . . . and then back to the widening sense of what the ‘postregional’ might mean.”—Neil Campbell, professor emeritus of American studies at the University of Derby and author of The Rhizomatic West: Representing the West in the Transnational, Global, Media Age