The Complete Book of Tai Chi Chuan: A Comprehensive Guide to the Principles and Practice (Tuttle Martial Arts) (Paperback) 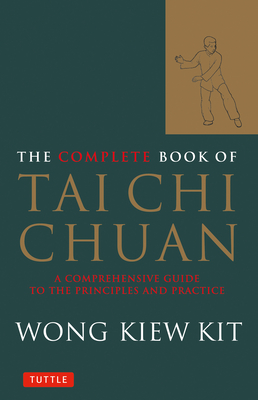 Master the ancient Chinese art of Tai Chi Chuan with this informative guide. One of the most popular Chinese martial arts, Tai Chi Chuan is also one of the most effective stress relievers available. In China, it is also used extensively for the prevention and treatment of illnesses, and its beneficial effects on health and fitness are now widely recognized in the West. The Complete Book of Tai Chi Chuan is a comprehensive and fascinating guide to the practical application and potential benefits of Tai Chi Chuan. This tai chi guide is packed with step-by-step illustrations for practice at home and covers everything you would want to know about this ancient art, including its benefits for mental, spiritual and emotional development. It is both an ideal introductory guide and an invaluable reminder for those who have already taken classes. Topics in The Complete Book of Tai Chi Chuan include:

Wong Kiew Kit has practiced and taught Shaolin kung fu, chi kung, and meditation for more than 30 years and has over 2,000 students. He is the fourth generation successor of Monk Jiang Nan of the Shaolin Monastery and Grandmaster of Shaolin Wahnam Kung Fu and Chi Kung Institute. He is the author of many books on Eastern wisdom.