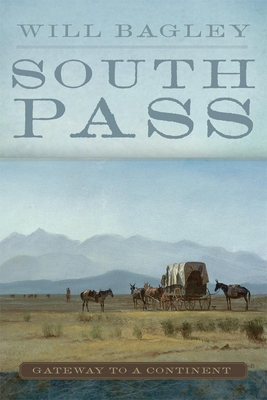 Wallace Stegner called South Pass "one of the most deceptive and impressive places in the West." Nowhere can travelers cross the Rockies so easily as through this high, treeless valley in Wyoming immediately south of the Wind River Mountains. South Pass has received much attention in lore and memory but attracted no serious book-length study--until now. In this narrative, award-winning author Will Bagley explains the significance of South Pass to the nation's history and to the development of the American West.

Fur traders first saw South Pass in 1812. From the early 1840s until the completion of the Union Pacific and Central Pacific Railroads almost forty years later, emigrants on the Oregon, California, and Mormon Trails used South Pass in transforming the American West in a single generation. Bagley traces the peopling of the region by the earliest inhabitants and adventurers, including Indian peoples, trappers and fur traders, missionaries, and government-commissioned explorers. Later, California gold rushers, Latter-day Saints, and families seeking new lives went through this singular gap in the Rockies. Without South Pass, overland wagons beginning their journey far to the east along the Missouri River could not have reached their destinations in a single season, and western settlement might have been delayed for decades.